In 2013, the Fund approved a three-year grant of $500,000 to support VISIONS, together with its partner Helen Keller Services for the Blind (HKSB), in launching an employer-centered and -guided job training and placement program for adults who are legally blind and live in New York City or Long Island. The program was to cultivate sustainable, “win-win” relationships with selected NYC and Long Island employers who hire entry-level workers in occupations appropriate for qualified job-seekers who are blind. This effort was also to elicit 60 referrals per year from the NYS Commission for the Blind (NYSCB) and, ultimately, place a cumulative total of 45 New Yorkers who are legally blind in competitive paid jobs. 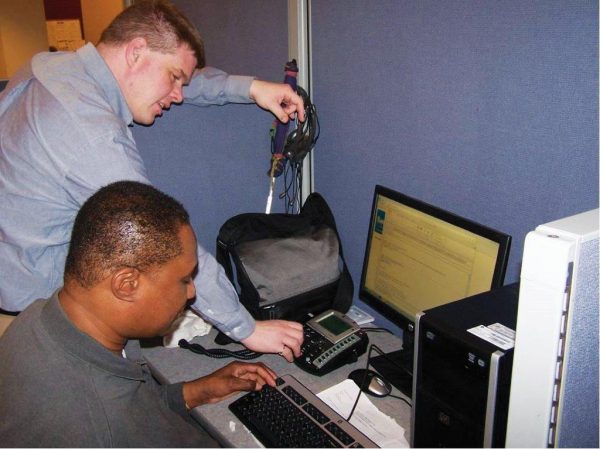 Courtesy of VISIONS / Services for the Blind and Visually Impaired

The VISIONS/HKSB partnership exceeded its goals. The project did in fact identify industries and particular employers with many job openings appropriate for people who are blind, cultivate strong and enduring relationships with these targeted employers, and develop training programs that met employers’ as well as trainees’ needs.

Over the life of the grant, VISIONS and HKSB cumulatively assessed the career aspirations and skills of 100 people and trained 104. Each agency received more than 60 annual referrals from the NYSCB, and together the two placed 62 clients in competitive, paid jobs at or above minimum wage. Furthermore, feedback from both the job applicants and employers about the program was positive. For example, applicants noted that the program helped them achieve their vocational goals and provided them with good individualized training and support. Most employers reported that the employees hired had received appropriate training and met their company’s needs, that it was easy to access VISIONS and HKSB staff when needed, and that they now had a better understanding and appreciation of the work capacities of people who are blind.

Because of this grant’s success, the Lavelle Fund is now working with the Blind Employer Network of New York (“BENNY”) to support the replication of the VISIONS-HKSB employment training model at several upstate New York vision rehabilitation agencies.

More About Grants:
How To Apply
Awarded Grants